TRS Dalchini or Cinnamon Sticks (Cassia) have a stronger flavour than true cinnamon with a subtle clove undernote and is therefore used mainly in savoury dishes. Used in Pilau’s, lamb and other meat dishes.

Cinnamon is used as a flavoring agent in soft drinks, teas, and bakery products, and is often added to oatmeal, candy, hot chocolate, tea or coffee, and chewing gums. Cinnamon is also a common ingredient in many Indian curries, popular owing to its delicate aroma and medicinal qualities. The bark pieces are fried in hot oil until they unroll (to release the fragrance).

Cinammon sticks are used in rich curries like shahi paneer and korma.

Health Benefits
– It has anti-inflammatory and anti-fungal properties
– It is a good source of dietary fibre, iron and calcium
– There are several combinations of honey and cinnamon powder that are considered helpful in checking ailments like colds, indigestion, acne etc.

Boiling a tiny piece of cinnamon in tea is considered to be effective in checking cholesterol. But it is also said that cinnamon should only be taken in small doses (if taken daily) and stopped after a few days. 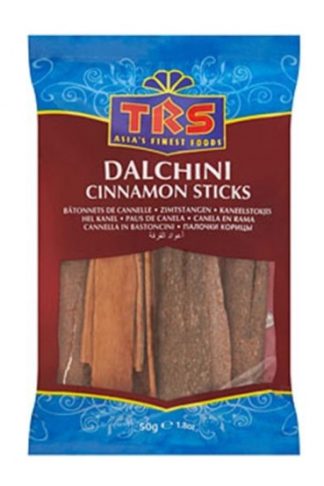